A pillar of the Hall Booth Smith family for the past 40 years has passed away.

Terrance “Terry” Sullivan, who served as Of Counsel at Hall Booth Smith, died peacefully at his home surrounded by family on January 16, 2021. 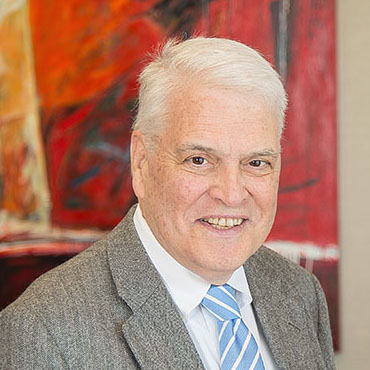 Terry will be remembered by colleagues for his passion for advancing the legal profession, for elegantly defending clients in medical malpractice and personal injury litigation, and for the deep impact he made on the firm’s culture over a career that spanned more than four decades.

Terry helped co-found the firm in the early 1980s when it began as Sullivan Hall Booth & Smith. He recruited, hired and mentored many promising attorneys at HBS and elsewhere in the legal profession as he set an example for service excellence and servant leadership to all who knew him.

Decades later, Terry returned to Hall Booth Smith (HBS) and reunited with many colleagues who had shared decades of professional history and friendship with him.

“Terry left such an indelible mark on our firm,” said Alex Booth, Managing Partner of HBS. “We will greatly miss our colleague and dear friend. He set an example of excellence in his work and kindness and concern for everyone he worked with and his legacy will live on at Hall Booth Smith. Terry was a Great American.”

Known as a tenacious bulldog in the courtroom and while practicing law, Terry tried more than 175 jury trials to verdict, including numerous high-exposure catastrophic injury cases.

“Terry’s return to HBS was a gift to us all, but was especially meaningful to me. I’m sure Alex and John Hall feel the same way,” said Partner Rush S. Smith, Jr., who co-founded the predecessor firm with Terry and had the privilege of practicing alongside him for many years. “His presence enhanced our reputation in the legal community as well as the Dawg Nation.”

Terry was revered as a compassionate friend and honorable gentleman who had a “razor sharp wit” and infectious sense of humor, said Of Counsel Charles C. “Chuck” Clay.

Terry was also a devoted family man who loved them beyond measure and dropped everything when one of them called. He is survived by Kathy, Jenny, Michael, Gregory, Cynthia and Jesse, as well as countless colleagues, friends and other loved ones who had the honor of knowing him.