Michael S. Meyer von Bremen, Managing Partner of Hall Booth Smith, P.C.’s Albany office, participated for the sixth consecutive year in a conference on international government  relations and the promotion of diplomatic relations sponsored by the Friedrich Naumann Foundation. Entitled “The Current State of TransAtlantic Relations: An Assessment,” the conference took place in late May  in San Diego.  Participants are selected by invitation from the Foundation and included representatives from the business community, current and former elected officials, a representative of the Pew Charitable Trust and members of embassies and political strategists from different countries.   The United States, Canada, Germany, Hungary and Poland were some of the countries represented. Participants met to exchange ideas and dialogue as well as debate about topics such as the role of international organizations in transatlantic relations; cybersecurity and data protection in various countries as it relates to individual freedom vs. security; legalization of marijuana in Europe and the USA; the 2016 US Presidential race; the impact of elections in the United States, Canada and Germany; international trade and investment with focus on the ongoing legislation pertaining to International Trade and Investment Partnership; Immigration issues facing the USA, Canada and Europe; and political issues facing Hungary as well as the impact of Russian policies on Europe. Meyer von Bremen was also one of several elected officials invited to Europe in 2007 to learn about the political process there while he was  in the Georgia State Senate and has been invited stateside to similar programs since 2010. 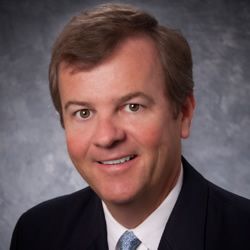